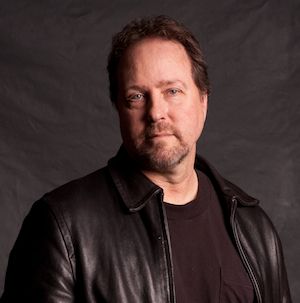 Mark Pogue was born and raised in Texas, where he picked up his first guitar at the age of 11. As a young adult, he played locally around the state, writing and performing original music as well as many popular rock cover songs.

After moving to Tennessee in 1987, Mark toured with many recording artists such as Degarmo & Key (CCM artist), Morgan Cryar, Rick Cua, and Neal Morse (Transatlantic, Spock's Beard), just to name a few. Mark also had an album produced by former Kansas singer John Elefante on Word/Pakaderm Records, Mark Pogue & Fortress - Restoration, with several of it's tracks hitting in the top ten spots on the CCM Music Charts. In July of 2016, Mark re released his seminal release as an anniversary album on his own record label, Audio Deo - 25th Anniversary Remastered Mark Pogue & Fortress Restoration. It's one louder!

Currently living just outside of Nashville, Tennessee with his wife and 2 of their of 3 children. He continues to write, record, & play original songs that are both hard hitting and thought provoking.

"Mark came to us with a mighty smokin' guitar and a gentle heart for the Lord…  we were compelled to provide him with a musical platform to tell his story… the result, "Restoration… you make the call… we love it!"

"...Mark has a real solid commercial/AOR voice...No watered down message here, this is the Real McCoy! … I'm truly beyond impressed."

"From beginning to end, this album holds your attention and makes you think...edgy lyrics and fast-finger-flying guitar solos as well as tender words to woo you... Mark Pogue's clear and powerful voice pours out that which God poured in. Help for past hurts and hope for the future is the main message, as is the personal testimony of this amazing artist."

"Another of those little heard about, but well worth tracking down releases. Dino & John Elefante are in the production seat on this and as with most things they are involved with in the CCM market or otherwise (The Brave, Barren Cross etc) you know you will be getting a quality album. This is a straight down the line Christian AOR album with some great songs onboard (Who Do I Believe, Get Up, Bride Of Restoration, Let It Go),Immaculate production, great band, Great vocal - Great album!!!"

"We all know that music is an effective medium to inspire people to action. Mark Pogue is a Classic Christian Rock guitarist, singer, and songwriter. The lyrics of his songs are so impactful because most of them were inspired by his life-changing experiences...just like writing a diary. You pour out all your emotions into it... "

"As a recording artist who has worked with artists like DeGarmo & Key and John Elefante, Pogue is no newcomer to the scene or the (classic rock) genre, which means Through the Fire is an authentic rock album that longtime fans will be pleased with."

" ...those of us that still jam to music from the (classic rock, hair band) era that brought the best guitar solos in history will find a lot to like about the release. Songs like “Feel Alright,” with its blistering solo, the rocking “Man After God’s Heart,” the soft rock ballad that is “Heaven’s Eyes,” and the blues rock jam of “Money Can’t Buy” all highlight a really excellent release."

Mark will occasionally whittle down his gear inventory.

Check here to see what he has listed!